With interest rates in the UK at a record low of 0.1%, - the lowest in the Bank of England’s (BoE) 326-year history - everyday investors have found themselves receiving almost no yield for their deposits. 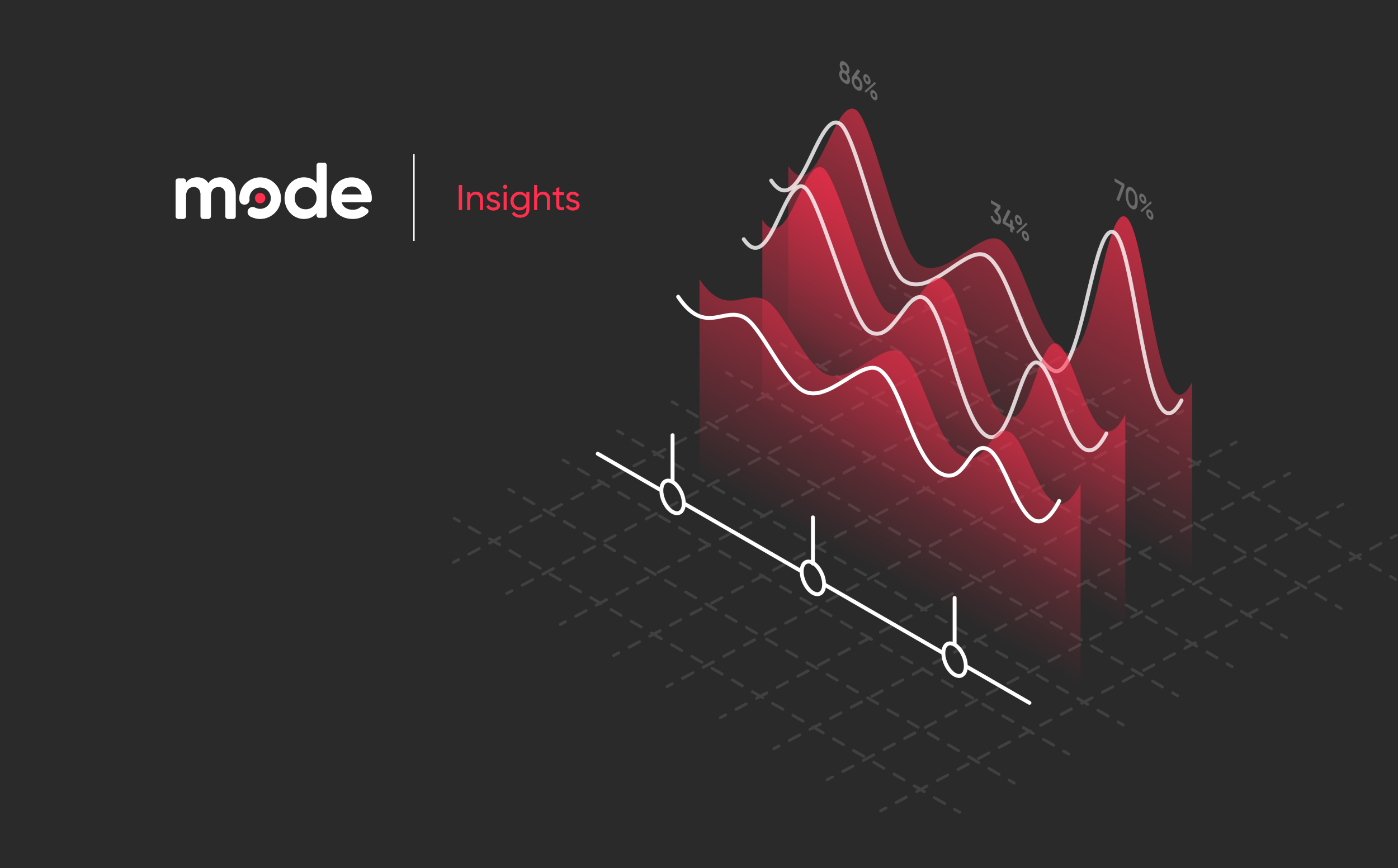 With interest rates in the UK at a record low of 0.1%, - the lowest in the Bank of England’s (BoE) 326-year history - everyday investors have found themselves receiving almost no yield for their deposits. Furthermore, the BoE warned UK lenders in July that negative rates were "one of the potential tools under active review" due to the economic fallout of COVID-19. Meanwhile, in-house Mode analysts have discovered that more and more crypto holders in the UK are topping up their Bitcoin (BTC) interest accounts since the economic fallout started.

In April 2020, when Mode first started offering 5% APY on BTC, many but not all BTC holders rapidly moved their holdings into our newly launched interest-earning account. As the pandemic evolved, Mode saw an increasing number of users choosing to earn BTC yield rather than keeping their BTC funds dormant.

Last month, Mode reported an overall accelerating interest in BTC among Gen-X & Boomers. In line with those findings, this study also identified the generational differences relating to the use of BTC interest accounts.

During the month of April, only 67% of Gen-X & Boomers who had BTC opted to earn interest, while Gen-Z & Millennials showed a more significant uptake, with 79% earning interest on their BTC. However, in May, the generational gap was significantly narrower, with 80% of Gen-X & Boomers and 82% of Gen-Z & Millennials having an active interest generating account. Lastly, during the month of June, Mode analysts saw interest account usage among younger age groups steadily increase to 84% yet it remained the same (at 80%) among older age groups.

Ariane Murphy, Head of Marketing & Communications at Mode, commented: “Our BTC interest account, the Bitcoin Jar, is one of our most popular features, so the fact that the vast majority of our users are making use of it, comes as no surprise. What’s interesting about the findings of this study, however, is that as a result of the current historic low-interest-rate environment more and more investors are actively turning to their digital assets to unlock high yields, and the effects of this may not just be short-lived.”

“Overall, we're seeing a shift of mentality and an increased drive to wanting to explore alternative investment avenues. Investors are realising that new-generation investment products such as blockchain-based financial products can be one of the strongest and safest options to generate a return on their holdings, especially during times of uncertainty as they can deliver high yields, 365 days of the year 24/7, and users can easily convert that yield into cash when needed. The Bitcoin Jar ticks all of those boxes.”

People in search of alternatives as interest rates plummet globally

With central banks cutting interest rates to near-zero rates globally, investors are in search of better alternatives. Google Trends indicates that the global search volume for the “interest account” has increased significantly over the last 2 years and peaked in the months of June and July. The search interest index is measured in points with 100 being the highest. People’s search for interest accounts indexed at around 50-75 before Covid-19, but has consistently remained above 75 ever since the economic meltdown began in mid-March.

This study is intended for information purposes only. The data and calculations in this study are based on internal confidential data and are believed to be accurate but not guaranteed. Any assumptions and generalisations about the future of the market are solely based on the analysis of internal data and our own beliefs.

About Mode Operations – A peek behind the curtain